For those of you who greatly admire Jody's Conan the Barbarian film swords (I know you're among them, Alex!) this was posted over at MyArmory by the owner of Albion:


Though not many here may care, I thought that I should let those of you who do, that we have decided to opt out of our contract with Conan Properties.

As of October of this year, we will stop taking orders for the Atlanteans, Master's/Father's swords and other Conan pieces that we have produced over the years.

It was fun fighting to bring these landmark pieces back from the dead. The collection we have amassed of great (and often tearful) testimonials from new owners of the Atlantean in particular, will be something Amy, Jody and I will always cherish. (And seeing our sword in our display box in the conference room of the Governor of California whenever he is on TV is kinda cool, too.)

It is certainly, for us at least, the end of an era.

But, as you all well know, we have plenty to keep us busy.

I'm sad...I always thought I'd have a long time to buy one of those, especially this one. Later in that thread they mention that Jody is working on something called a "Performance Barbarian" that is lighter and more oriented towards cutting. Could be cool, but I suppose whatever it looks like will be closer to the Atlantean than the Father's sword. I've always been partial to it the latter.

Anyway, for anyone who always wanted to own an awesome replica of these, time seems to be running out.

Wonder if I have any change in my couch...
Top

yes I know that, I saw it last week.

I was really down about it as well.

and what is worse: they doubled the price of these swords.

"why would I be bound by rules if I can see so far beyond them?" anyone noticed how the broadsword of Morrowind is in fact a cheap rip-off of the Atlantean? and cheap? compared to what the original look like it's more something like: shameful..that they put that out. it look like one of those 20 $ copy of the sword you can buy online at these cheapo weapon websites 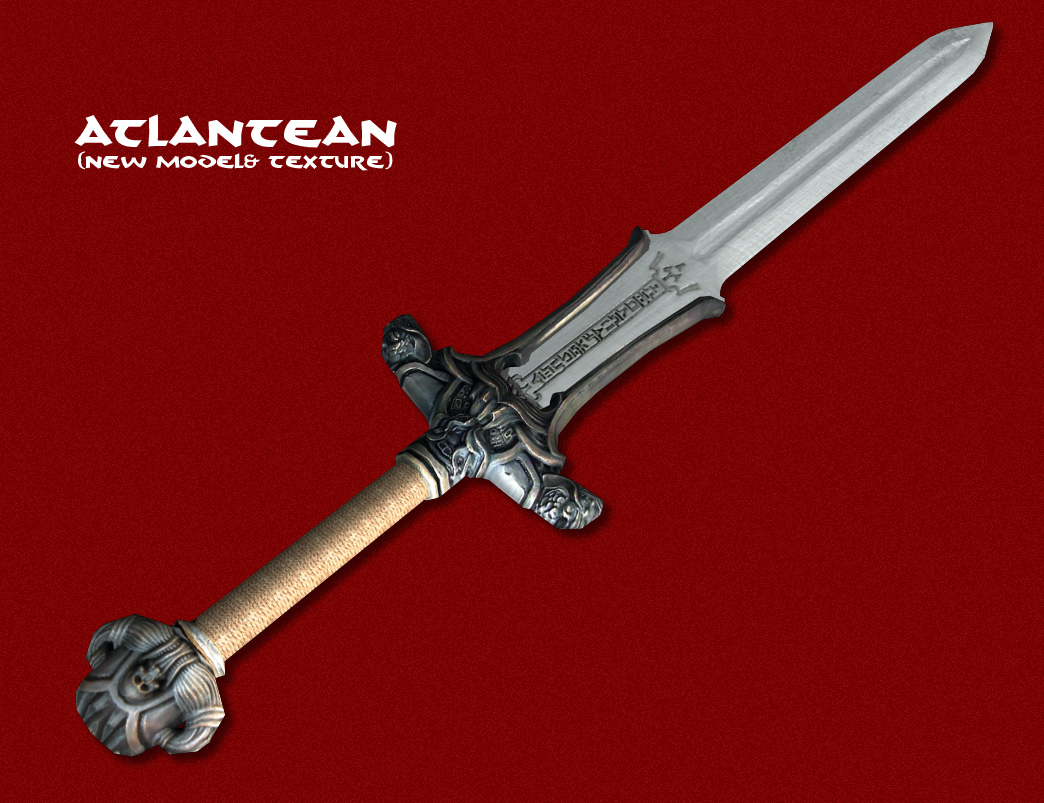 but anyway...Hyborian Age did an Atlantean for their online game and it look like crap as well.

"why would I be bound by rules if I can see so far beyond them?"

Elhazan
Can you post the link of Myarmory? I wanna see the char. Thank dude will appreciate it.
EamonDemon
"The strong shall live, the weak shall die" - Sesisyo
conan swords
Top
Post Reply
6 posts • Page 1 of 1